[vc_row][vc_column width=”2/3″][vc_column_text]When Marie Rose Morin was born on December 12, 1789, in St-Pierre-de-la-Rivière-du-Sud, Quebec, Canada, her father, Charles, was 36, and her mother, Marie, was 40. She married Louis Dieudonné Joubin and they had seven children together. She then married Pierre ROBERGE and they had two children together. She died on February 17, 1868, in Lotbinière, Quebec, Canada, having lived a long life of 78 years.

When Diuedonné was a boy, The American Revolution (1763 – 1783) transpired. In 1789, the French Revolution begins, followed by the execution of King Louis XVI and Marie Antonette in France. Eli Whitney invents the Cotton Gin in 1793.

The French Revolution lasted from 1789-1795. George Washington is name the first president of the United States. Beethoven writes Symphony #1 in C major in 1799, Diudonné was 20 years old. Child labor is restricted to 12 hour days in England in 1802. Three years later, Napoleon is coronated in France. The Napoleonic Wars lasted from 1796-1815.

In 1812, US declares war on Britain (War of 1812), Diuedonné, now 23. English economic crisis causes large-scale emigration to Canada and United States in 1816.

The accordion is invented in 1822. In 1823, the Monroe Doctrine closes the American continent to European powers. 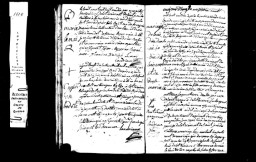 France, the National Convention of the French Republic declared their intention of war to the death against all kings and kingdoms, and they began by putting their own King to the guillotine.  Ten days later, they opened war with Britain.

Edward Charles Genet sailed for North America and attempted to turn Lower Canada (French) against Upper Canada (British) with a pamphlet titled ‘The Free French to their Brothers of Canada’.  Canadians to arms!  Rebellion is your most sacred duty.  Call the Indians to your help.

The population of Lower Canada was 160,000, of whom only 10,000 were of British origin.  Upper Canada had only 10,000 people, largely of British American origin. Even though animosity was building between the French majority and their English rulers, the propaganda was not enough motivation to rebel for farmers such as Diuedonné and his relatives.

The Great Migration of Canada

The Great Migration of Canada was a period of high British Isles migration to Canada from 1815 to 1850, involving over 800,000 transplants. Though Europe was becoming richer through the Industrial Revolution, population growth made the relative number of jobs low, forcing many to look to North America for economic success.

Canada was now over 50 years removed from French rule. So over 60% of the of immigrants were English speaking Brits. This made them the largest cultural group in Canada. The transformation had profound impact on Canadian culture. Canada’s British Administrators were content with leaving Québec to languish as a quiet backwater of the Empire.

But after American Revolution and subsequent War of 1812, Quebec became the landing spot thousands of Loyalist English-speaking, Protestant settlers. As these political refugees expanded into Quebec French land, political, religious and cultural disputes created resentment that prevails to this day.

The majority of British Isles immigrants avoided the claimed land of Quebec and moved west into the area which is now the province of Ontario. The British government officially encouraged immigration from England, Scotland. The new immigrants were generally of ethnic stock and outlook similar to that of the established community. But the great Irish potato famine sent new waves of immigrants to North America.

Tens of thousands of Irish settlers arrived in Canada to the displeasure of both French and British Canadians. Although they generally spoke English, they did not mirror the social, cultural or religious values of the British. Roman Catholic intruders in a Protestant domain, their loyalty to the Crown appeared suspect in a Canada where ardent loyalty was demanded as insurance against the threat of American republicanism.

Although the Irish shared the same faith, French saw them as a dirty culture. They were economic competition in which it’s cheap labor force  threatened French livelihood. The famine-stricken Irish had little enthusiasm for farm life, or the resources to become property owners. Because of this Irish clung close to cities and larger towns, creating an early impression as a transient culture.

One can imagine Rose’s husband, Louis Dieudonné standing in his boat, coaxing it to shore. Sitting is 10 year old Joseph Narcisse, his feet surrounded by a small pile of cod and eel. Almost landing aground, the boat rocks violently and Louis Dieudonné quickly jumps to shore. As he draws his son and dinner in, a large schooner plods by creating a rolling wake. Countless people, pale skin draped in brown cloth line the railings. A small child waves. Joseph Narcisse waves back enthusiastically while Louis Diuedonné takes off his hat and slowly moves it above his head.

“More and more passenger ships each day move on through. Grossé Isle to Quebéc to Trois Riveriés to Montréal to God knows where.” Contemplates Louis Diuedonne.

The Death of  Louis Dieudonné Boisvert

Dieudonné died December 25, 1824 and buried two days later in the church of Ste. Croix de Lotbiniére. He was 35 years old.

The early death of Dieudonné poses the natural question of “what happened?” While documentation does not exist to his actual cause of death, quality of life in the early 19th century could answer the question.

Life was harder and death came easier at that time. While living outside of the major towns of Quebec and Montreal saved our ancestors from epidemics such as smallpox, turburculosis and cholera, the warm summers along the river unleashed tormenting clouds of mosquitoes and black flies – denser and fiercer than any in Europe. Settlers were afflicted by acute infectious diseases, injuries of all kinds, periodic malnutrition and serious recurrent illnesses such as “fever and ague” (malaria). When summer turned to winter a Canadian needed glass eyes, a brass body and brandy for blood to endure the bitter cold.

Whatever the reason for the early demise of Louis Dieudonné, it is interesting how it impacted his family. It is also possilble that his death sharply changed the course of our Boisvert family line.

In the 1825 Quebec Census, (shown in media) Marie Rose listed in Ste Croix as Veuve D. Boisverd or Widow of D. Boisverd.

The two unknown people could be relatives or hired help assisting Marie Rose with the farm and children. Also, the listing has an error stating 8 people are living at the residence but only 7 people are itemized.

August 28th, 1827,in  Ste. Croix Quebec, two and a half years after the death of Louis Dieudonné, 37-year-old widow Marie Rose Morin married 25-year-old Pierre Roberge in Ste-Croix-de-Lothbiniere. Our direct ancester Narcisse Joseph Boisvert would have been 14 years old.

The census of 1831 has Pierre Roberge and Marie Rose living in Ste-Croix-de-Lotbiniere with thier two young daughters as well as three children from Marie Roses first marriage. Olive (13), Diuedonné Jerome (9) and Marie Louise (8).  Our diect ancestor, Narcisse Joseph (18) is no where to be found. It is probable that Narcisse was landless, working and living on the farm of an Uncle. There is no documentation to confirm this assumption.

By 1842,  Marie Rose and Pierre Roberge no longer lived in Ste-Croix-de-Lotbiniere. They had moved with their two teen girls to the north side of the St. Lawrence, roughly 10 miles downriver. They lived in the county of Portneuf, in the area called Pointe-aux-Trembles.

In 1852, they were listed as living another 15 miles down river – outside of the city of Quebec, in the county of Portneuf, L’ Ancienne Lorrette.

By this time, the property of Louis Diuedonne’s parents Charles and Marie Anne had been split and resplit. The oldest male, Joseph, died in 1842. The second oldest, our direct ancestor Louis Dieudonné died back in 1824.

Along with the heirs of the deceased Joseph and Louis Dieudonné, there was another brother, Antoine who had the right to make land claims. Also adding to the instability was Marie Rose (Louis Dieudonnés remarried widow), leaving the region for good.

It is important to note, in the  Quebec census of 1842, (in which Louis Diuedonne’s children were the ages 29, 24, 20, & 19) none of Louis Dieudonnés children were living with or near Pierre Roberge and their mother. Yet, none were found holding property within the Ste. Croix de Lotbiniere region.

In the 1840’s, after over 160 years of our family living within five miles of Jean Joubin’s original homestead, the traditional French Seignoural and feudal system was bent to the point of breaking.

Because of the early demise of Louis Diuedonné and the watered down rights to St. Lawrence River valley land, our familial threads began to pull apart.

Marie Rose Morin of Quebec City, Quebec, was certainly horrified to hear of the terrible train wreck that took place nearby on June 29, 1864.

In 1867, Marie Rose Morin was living in Lotbinière, Quebec as they celebrated the formation of the autonomous Dominion of Canada.

Narcisse Boisvert
(Our direct ancestor) Born in Sté-Croix-de Lotbinière on March 23, 1813. He was baptised the same day. He married Marguerite Ouellette on June 20, 1843 in St-Louis-de-Lotbinère.